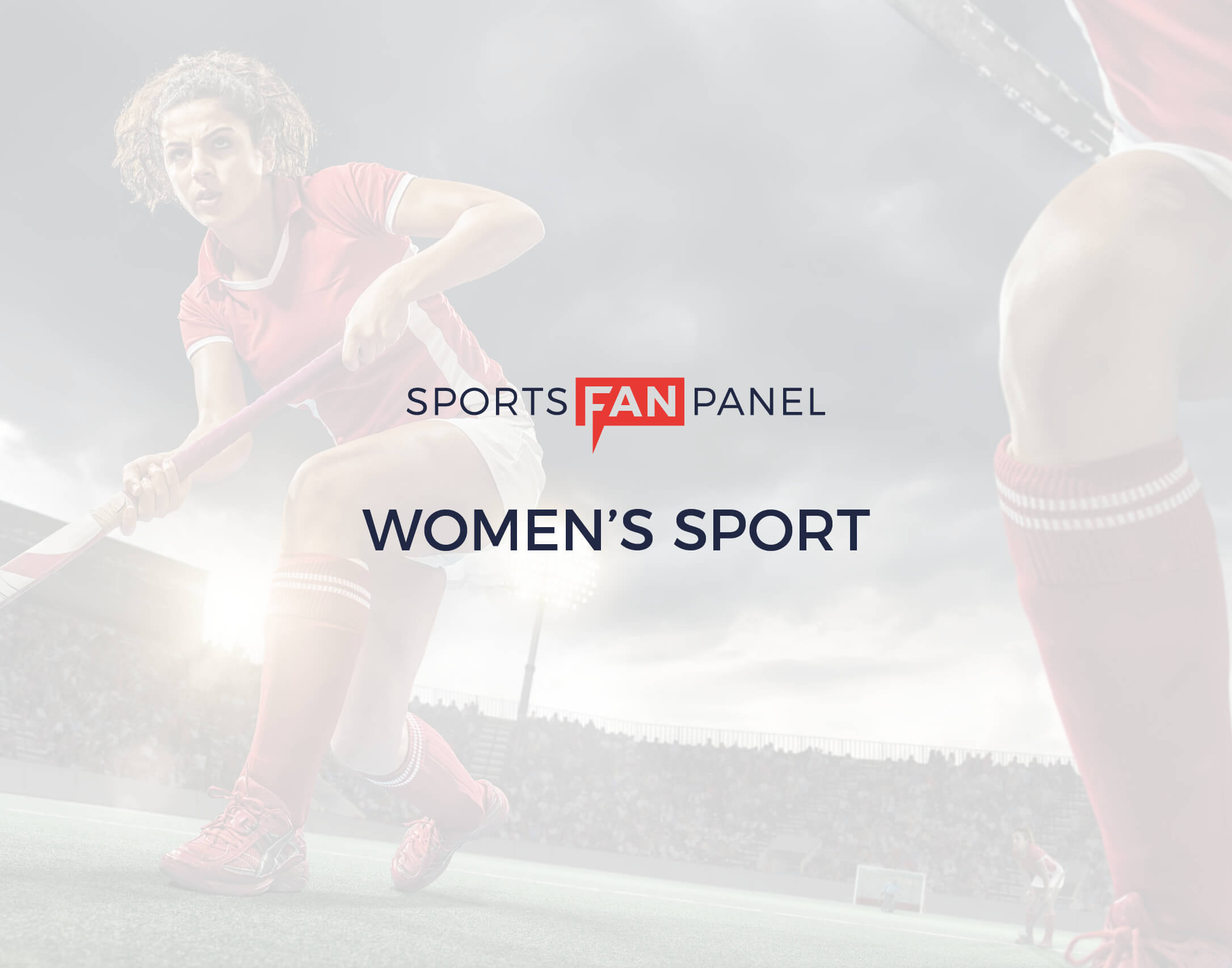 When it comes to gender equality in sport, research released by Goodform to mark International Women’s Day in 2020 highlights there remains much more progress to be made.

We know that women’s sport is on an upwards trajectory – there are new initiatives, new funding streams, new competitions and an unprecedented volume of media coverage. We also know that men’s sport remains the dominant player – in participation, in attendance numbers, in column inches, in commercial clout.

In Goodform’s latest Sports Fan Panel survey amongst almost 1500 sports fans, interest in the men’s game outstrips interest in the women’s across 8 major sports, with only tennis and athletics boasting near-parity in terms of interest. This is also reflected in attendance patterns – 30% of those surveyed have never attended either a women’s or mixed gender sporting event, a staggering 10 times more than the 3% who have never attended men’s sport. This is in spite of half of the sports fans surveyed believing that women’s sport is both more affordable and more family friendly than the men’s game.

There have been some high-profile successes in the growth of women’s sport in the last few years – most notably the ICC Women’s World Cup Final selling out at Lord’s in 2017 – but sports fans perceive this progress to be stalling: 40% of men and only 26% of women surveyed stated that they believe the gender gap in sport has diminished in the last 12 months.

This week, Sky Sports committed to investing in a 360°approach to covering women’s sport, with plans to utilise its YouTube channel to make events including the Women’s Six Nations, the WNBA, Vitality Netball Superleague and women’s cricket available to a wider audience. The potential positive impact of this move is highlighted by Goodform’s findings: availability of women’s sport on free to air TV is seen to be more important than the success of national teams in driving increased engagement with women’s sport – and 47% of those surveyed stated that they would watch more women’s sport if it were more readily available.

When it comes to funding the growth of women’s sport, it’s complicated. 77% of women and 63% of men believe that profits from the men’s game should fund the women’s game until parity is achieved – with the remainder believing that women’s sport should be commercially sustainable in its own right. For a third of those surveyed, this funding should only be on the basis that the men’s game is not affected in any way – a balance that we see many organisations trying to navigate. For example, the recent announcement that the prize money for The Hundred will be equally split between the men’s and women’s teams makes for a great headline – but masks the huge disparity in wages that remains (the average contract for female players is £8,000 compared to £66,600 for the men). In a world of limited funding and an increasingly competitive sponsorship environment, there are no easy answers.

What’s clear, though, is that the opportunity for women’s sport to grow remains huge. Its appeal continues to grow – and with a higher proportion of men than women interested in the women’s game for half of the sports included in the survey, it’s clear that women’s sport has the potential to compete for everyone’sinterest, time and loyalties – not just women’s.