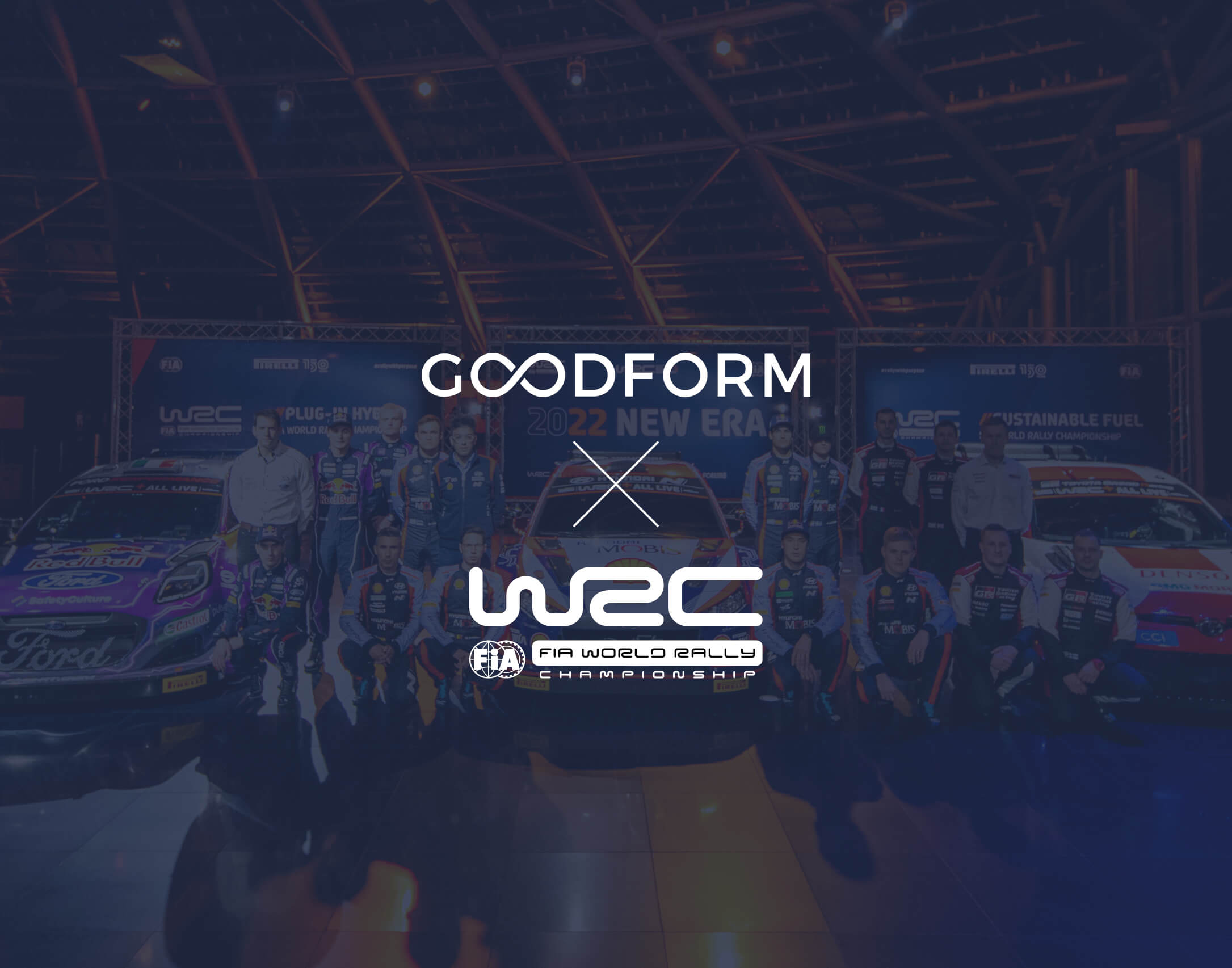 The award-winning agency will utilise WRC fan intelligence provided by Sportswise and ongoing data analysis, to deliver highly-targeted omnichannel marketing campaigns for WRC, with the primary aim of elevating the number of subscribers to the WRC+ and RX+ streaming services.

The first WRC round of the season – Monte Carlo – provided the first view of a hybrid car future, as well as familiar action and scenes, with WRC legend Sébastien Loeb seizing his 80th career victory.

Next stop for WRC is Rally Sweden on the 24th February. Also returning are the exciting Safari Rally in Kenya and the EKO Acropolis Rally in Greece, while new locations have been added to the WRC event calendar for 2022: Rally New Zealand and FORUM8 Rally Japan.

Goodform will craft and implement a global audience growth strategy, which focuses on cutting-through to audiences in exciting new markets, as well as accelerating engagement with WRC in markets where fandom is already thriving.

WRC and Goodform announce the partnership at the start of a landmark year for both organisations, with 2022 being the 50th edition of the Championship, and Goodform’s 20th anniversary.

“In a rapidly-changing media environment, WRC Promoter’s OTT platforms will be highly significant in the growth of these championships. Goodform is an award-winning agency that brings its expertise from a range of international sports to our rapidly-growing motorsport championships. Together we will build our fan audience across our OTT platforms and use their knowledge to ensure we provide the type of spectacular content that ensures our fans come back for more.”

“We are incredibly proud to be working with World Rally Championship. We are confident that our expertise in growing engagement and audiences across multiple sports, especially in motorsport, as well as our experience in managing OTT data for leading rights holders will add significant value and enable us to grow subscribers to the WRC+ and RX+ streaming services.”