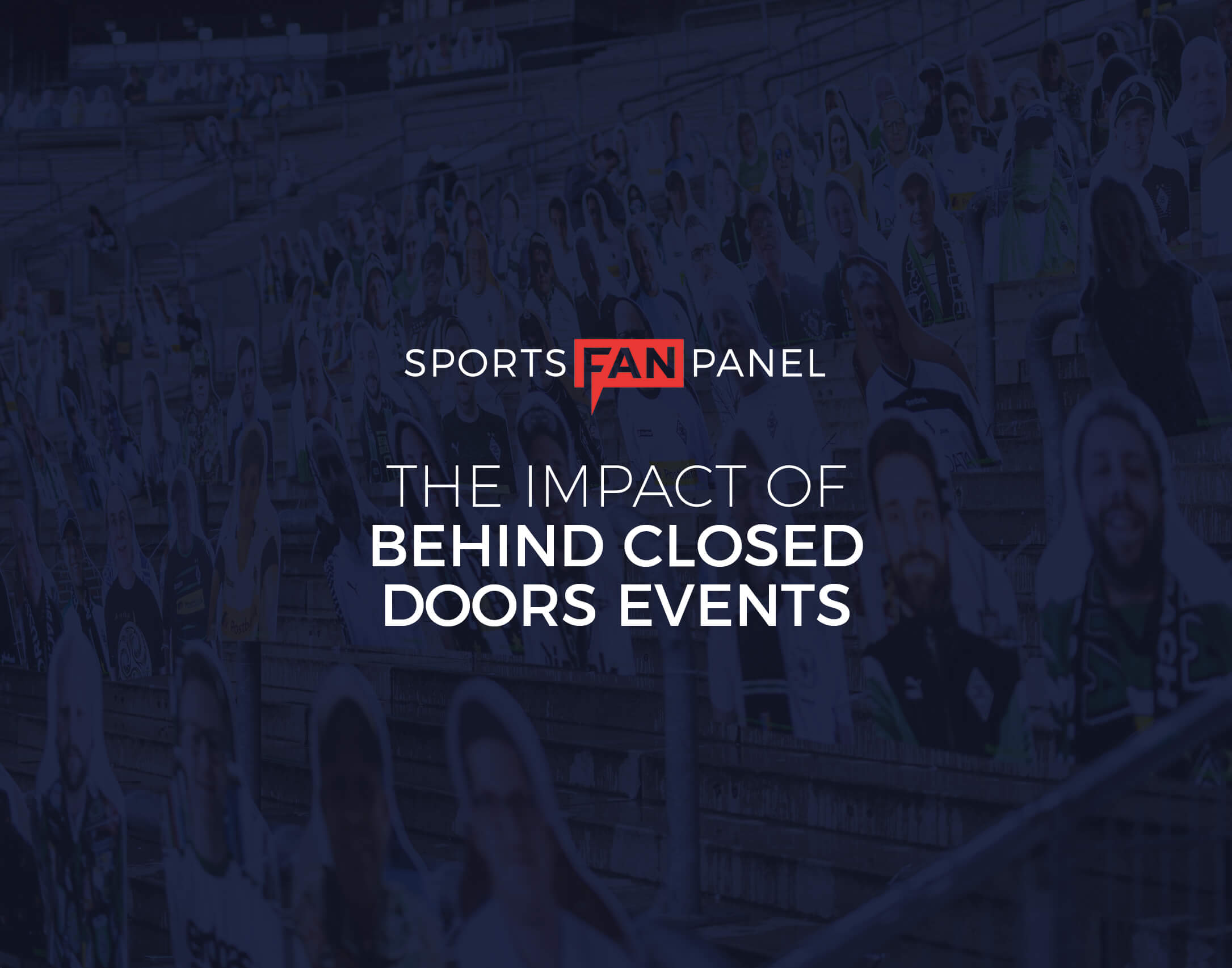 Broadcast revenues have been fuelling year on year commercial growth for many sports, leagues and clubs. Nevertheless, this period has spotlighted that stadium-goers are just as important as ever – and for fans of many sports, the at-home broadcast experience is not quite the same as it used to be in their absence.

This period should be remembered, in part, as a stark reminder that not all the eggs, or balls if you will, should be put in one revenue basket – returning fans to stadia successfully should, and can be prioritised, if Government guidelines continue to permit.

Of sports that are now reaching sofa and bar-stool bound fans, it is most essential that football, darts and cricket, return crowds as soon as is possible (as shown below). It’s not surprising that fans have enjoyed watching these sports less without stadium seats tipped, and crowd chants and gasps ringing around venues. One often quoted word springs to mind – atmosphere.

The saying that sport brings people together is worldly accepted, but at the same time, it is known to also split opinion like nothing else, underlining an age-old oxymoron. As we know, this doesn’t just stop with what happens on the pitch, court or track.

The Sports Fan Panel were a hung jury on crowd noise overlays, designed to simulate crowd responses to moments in play. While the atmosphere (yep, we said it again) generated by a crowd can never be matched, 34% of fans were in favour of it’s implementation to the alternative – players shouting amidst silence. If anything, divided opinion shows the necessity that broadcasters use behind closed doors sport to expand the interactivity and choice that fans have at their fingertips.

However, there was more consensus around the ‘crowd wall’ and ‘Watchalong’ features, albeit negative. Only 10% of fans believe that are good additions to sport behind closed doors, while around half disagreed with both the drinks break and 5 person substitutions, designed to support players impacted by a three-month break.

Evidently, there has been, and still is a need for innovative thinking on how to improve the at-home viewing experience, but in practice, this is a difficult ball game. Much of the football fraternity, and the rest of the sporting world, are traditionalists. It seems that any change to the play, view, tempo or regulations of football is a hard sell, and many fans won’t be fully satisfied until they are reunited with stadium seats.

It’s not all constructive criticism for broadcasters though; most fans were positive about the scheduling of Premier League Games, and the extensive live coverage that saw the BBC take the reigns for the first time. And it makes sense, doesn’t it? Fans want to preserve the game, but there’s certainly nothing wrong in it being more accessible and more frequent.

Without doubt, fans are integral to the success of any sport, but, this is multifaceted. Roughly a third of the Panel said that the coverage of golf, F1 and snooker had improved without a live audience, spotlighting that these sports have not only pivoted successfully, but also that for many, crowd atmosphere (last time, we promise) is not central to the broadcast product in the same way it is for other sports.

Time to be OTT

With evidence showing that fans want more coverage across football, OTT platforms are more relevant than ever. Pioneering digital viewership are the EFL through iFollow. In a flexible framework with Sky, they will ensure all EFL matches are broadcast or can be streamed via the OTT platform, while sport ensues with the omission of crowds. Hearkening back to the first line of our introduction to this article, the emergence of digital platforms in the sports viewership landscape, is poised to drive some alternative revenue into the sport and give fans what they want – more sport and more access.