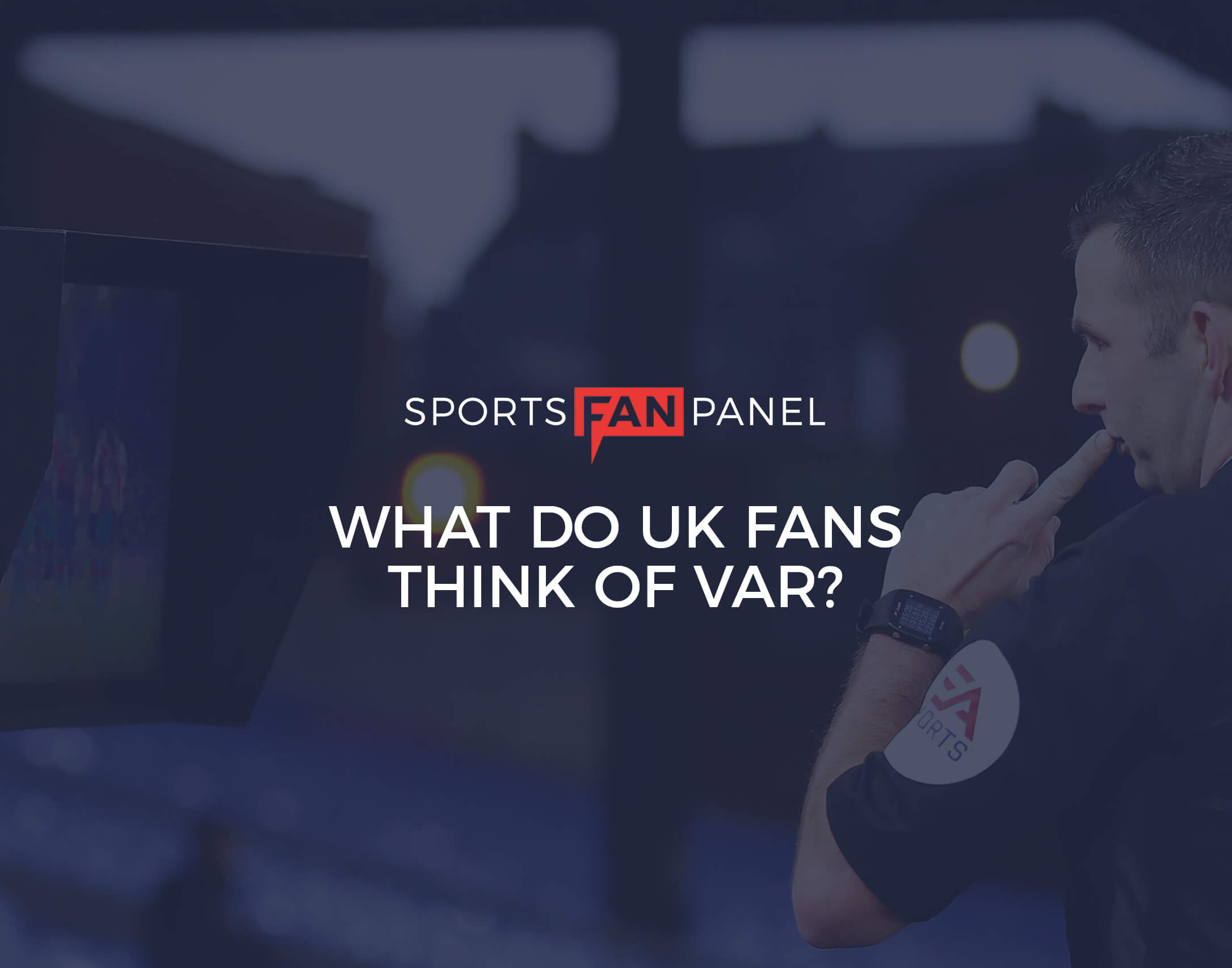 The 2019/20 Premier League season gets underway tonight and will be the first English division to use the Video Assistant Referee (VAR) technology. Here, our latest Sports Fan Panel findings tell us what UK football fans really think of VAR.

Most respondents (96%) stated that they have disagreed with a big decision a referee has made during a match but over half of fans agreed that they enjoy the controversy and debate that refereeing mistakes produce.

A major talking point in football over the years has been the extensive player protests after a referee has made a decision. Indeed, three quarters believe that player protests actually influence referees, and when it comes to VAR, only 2 in 5 believe it will eliminate player protests about referee decisions.

Whilst only 10% of fans think that VAR has been ‘very successful’ when it’s been used in other competitions to date, the cautious consensus seems to be that VAR will have a somewhat positive impact on the Premier League. When asked which scenarios are the most important for VAR usage, goals and penalty decisions came out on top – and over three quarters of fans would also like to see it used for foul play, which is not within its scope currently.

When it comes to the impact of VAR on fan experience, 47% of fans think VAR will ease fan frustrations with wrong decisions but 44% think it will make fans reluctant to immediately celebrate goals. Will this influence the atmosphere within stadiums in the Premier League?

Our research suggests that it is the way that VAR is employed during matches that will make or break the fan verdict – 85% identified the length of time it takes to make a decision as a concern, with 3 in 4 fans think that a VAR review should take no longer than 2 minutes to ensure the game doesn’t stop for too long. Only 7%, however, would want to see the game continue whilst the decision is being made.

Over the course of the season’s 380 games, fan views will surely shift – in which direction remains to be seen, but our research will continue to track and explore attitudes to one of the biggest changes to the nation’s beloved Premier League in recent years.